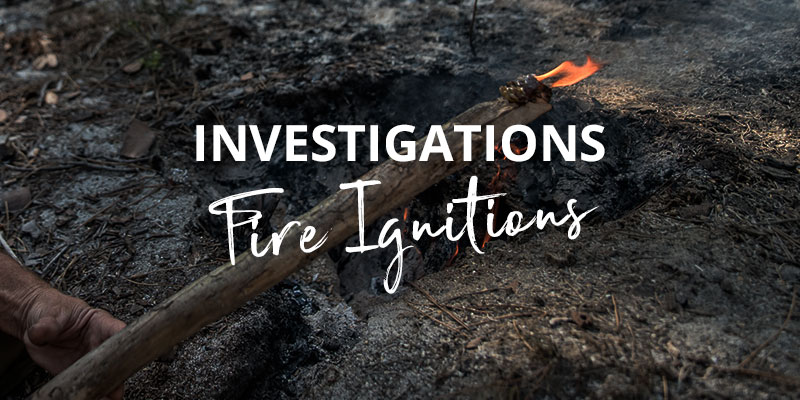 Fire investigators have been able to identify alleged fire-starters – both human and other – during the past fire season.

The team from Enviro Wildfire Services has investigated most fires in the Overberg between October 2018 and May 2019. Thanks to their information, perpetrators can be brought to book. And measures can be put in place to prevent fires in high-risk areas.

Their findings can also help landowners looking to recover costs for damages caused by fires, and to settle claims.

Herewith the diagram for the 20 fires investigated for the past fire season. It includes the last fire that occurred in May at Hawston.

The Betty’s Bay fire, which burned in January this year, destroyed 31 homes. Two fatalities can be linked to the fire, with 12,800 hectares lost. Shelton April has been charged with starting the fire, when he allegedly shot off a flare on New Year’s Day. He could face several years in jail should he be found guilty.

In the second investigation, the South African Police Service (SAPS) is investigating the fire in Aniston in December 2018. The alleged suspect is also accused of shooting off a flare at the rubbish dump. Around 4,500 hectares were destroyed, and two structures were lost. The cost of fighting the fire was also significant.

Freight trains travelling close to Caledon are alleged to have started a number of fires in January 2019. For example, on 17 January this year, a fire started on the farm at the foot of the Houwhoek mountain. The fire spread into the Kogelberg Nature Reserve in the Houwhoek region.

A fire in February 2019 ravaged much of the Franschhoek Pass – including large tracts of natural veld. This fire lasted several days and resulted in both huge ecological and economic losses. Fire investigators believe this fire was likely started as a result of invasive alien clearing work taking place.

“The Enviro Wildfire Services team has not only identified the reasons for ignitions but has also recommended measures be put in place to reduce these risks during the coming fire season. We’ll be working with landowners, municipalities and conservation agencies to implement many of these measures.”