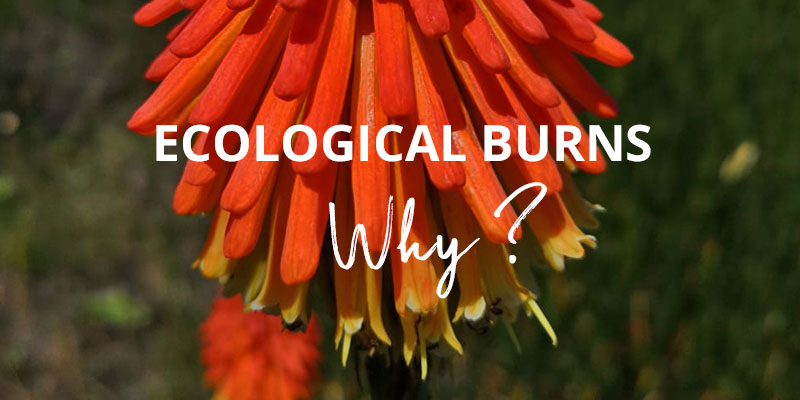 Some fires you may see burning across the Overberg (March and early April) are actually ecological burns. These are prescribed burns that take extensive planning and resources. That’s not least to help reduce the risks of burning come fire season.

Why do we support ecological burns? (And why are these burns important during March and April?

It has to do with the special habitat in the Overberg. In particular, Fynbos and Renosterveld. Both these habitat types (and the plant and animal species that live here) are well adapted to fire. So they must burn in order to regenerate. 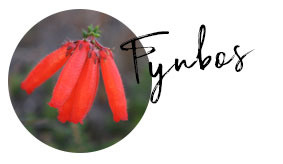 Fynbos should ideally burn every 10 to 20 years (although in some cases, 25 years is the norm).

The Overberg Renosterveld Conservation Trust recommends burning Renosterveld every 15 to 20 years. But that does depend on the type of veld and the annual rainfall.

The importance of bulbs: Some Fynbos types (like Elim Ferricrete Fynbos) and Renosterveld are home to many bulb species that require summer fires. BUT: once they start shooting leaves in April, fire can be very detrimental for them. (As the daylight hours decrease, bulbs realise it’s their time to sprout leaves).

So it’s vital for us to get the timing right. Because of the extremely dry conditions, it’s possible to still burn during the first two weeks of April. But ideally no later than this, taking cognizance of critical fuel reduction burns that may have to take place outside this period.

For farmers, things can go very wrong in your Renosterveld after a fire. So here are some tips to encourage landscapes of flourishing Renosterveld, as provided by the Overberg Renosterveld Conservation Trust (ORCT).

Often farmers and fire-fighters can use natural firebreaks (like a road or ploughed land). But sometimes it’s necessary to create a new firebreak. In Renosterveld, it’s ideal to create a firebreak that’s at least 5m wide (sometimes wider if it’s on a steep slope, and when the Fire Protection Officer recommends it). Breaks can be cut with a brush cutter. But it’s best to move the cut material from the burn area (which increases the fire’s intensity).

The importance of partnerships:

These ecological burns come about through good partnerships between fire officers, landowners, non-profit organisations and with support from Working on Fire.