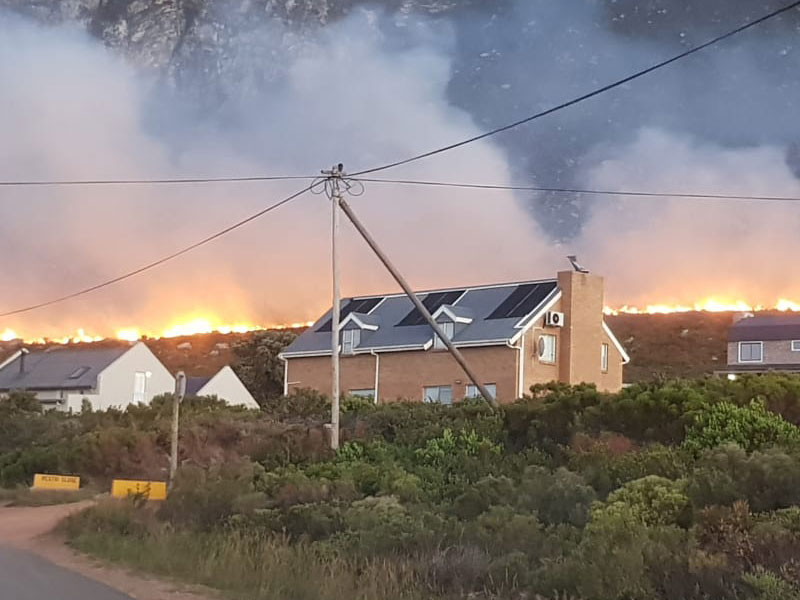 The Betty’s Bay fire, which started on New Year’s Day. This became one of the most devastating fires in the history of the Overberg. The fire started due to a flare shot off early on the 1st of January 2019. The fire caused significant ecological and economic losses, and contributed to tragically loss of lives. A Pringle Bay woman passed away from health difficulties exacerbated by stress due to the oncoming fire, while her family was assisting with fighting the fire. On 11 January, the fire entered the town of Betty’s Bay, and destroyed 31 properties, and damaged 28 homes. Henry Hopkins (71), a former journalist at Die Burgerand former editor at Die Wynboer tragically passed away from injuries sustained while trying to save his pets when the fire destroyed his home. The fire burned two thirds of the Kogelberg Nature Reserve, with 12,800 hectares lost. Shelton April was arrested on suspicion of starting the fire. The court case is ongoing.